Home » How reliable are maid service agencies in today’s time? 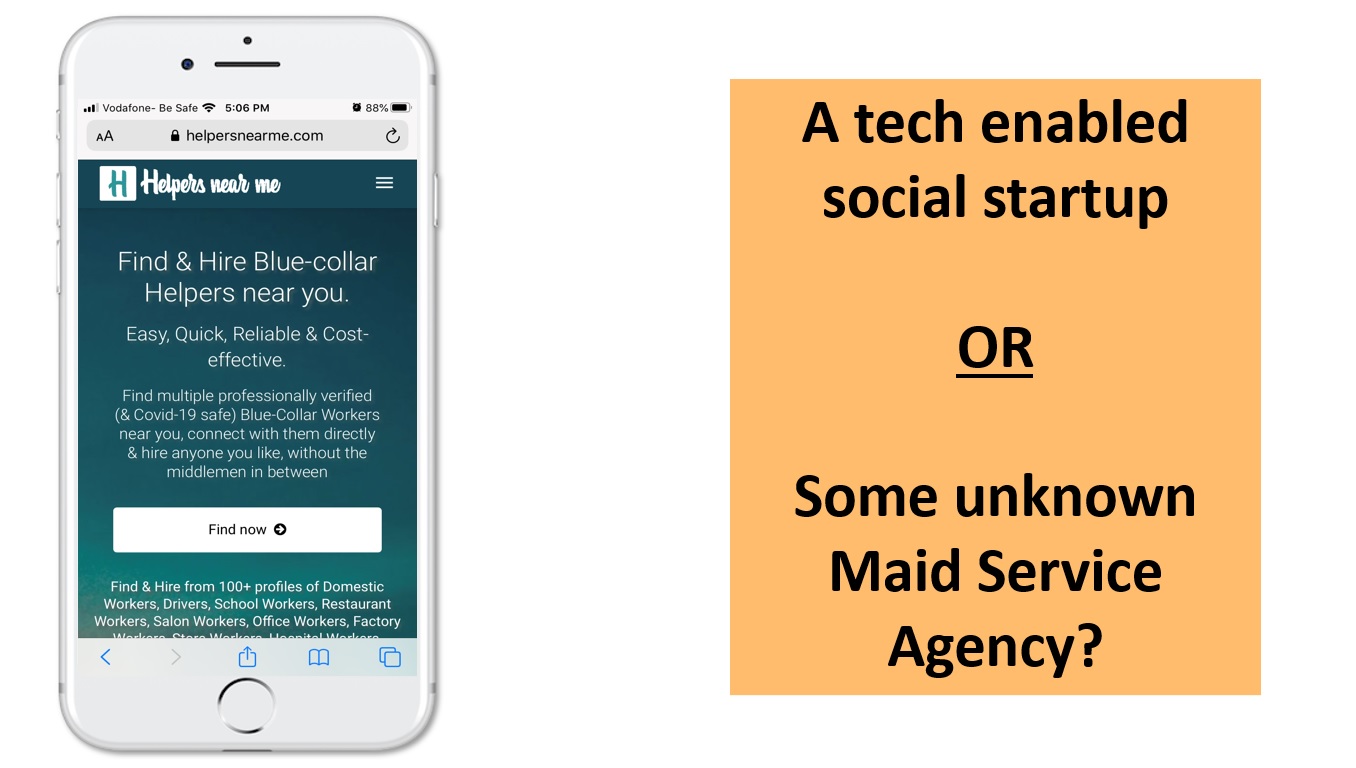 Have you ever tried any of those Maid Service Agencies?

Were they reliable enough? Or is it that you had no other option left?

It helps you find multiple professionally verified Maids near you without the middlemen in between.

Even the charges are nominal – starting at Rs.99/- only.

After having tried all the options of finding a Maid or a Babysitter, there’s one last solution that most of us living in Metro cities try – reaching out to Maid Service Agencies.

So, what do you do when you reach out to Maid Service Agencies?

The challenge of finding a reliable Maid is always tough in bigger cities.

And therefore, we don’t dwell much into the details of Maid Service Agencies, as long as the problem gets solved for us, in any manner it may be.

Historically, Maid Service Agencies have existed for years in cities.

Even though it costs a few thousand, there are a few of them who are reasonably good, offer great service and are also recognized by references.

But, there are plenty of Maid Service Agencies in almost every city of India, who are not operating legitimately.

There are many such stories that we keep hearing from different parts of the cities at a different point in time.

Furthermore, if you have gone past the stage of finding a Maid through a few Maid Service Agencies, there are many further challenges one has to deal with.

Some of the common challenges that we all face with Maid Service Agencies:

So, how do you find a Maid if you are not getting one easily?

Is there any way to ensure the Maid Service Agency that you are in touch with is a legitimate one?

How can you ensure the Maid Service Agency does every bit of transaction diligently, deals with the Maids in the right way and is entirely transparent in dealing with you?

Largely, when dealing with a Maid Service Agency, most of the question will always remain unanswered.

Helpers Near Me is a few years old, DIPP recognized social startup. The platform works closely with the Government and a few NGOs to help the Blue-collar workers in local employment.

It enables the Workers in finding local employment, free of cost.

In turn, it helps Employers like yourself in finding workers near you, without any middlemen in between.

The platform allows you the find a Maid, Babysitter and many such domestic workers in the most efficient & legitimate way possible.

Helpers Near Me also helps the Maid & other blue-collar workers find a job in their nearest locality in a very genuine way.

7 things you may want to know about Helpers Near Me:

Here are 5 compelling reasons why you should try Helpers Near Me when you need to find a Maid or any other domestic or blue-collar workers:

The credibility of Helpers Near Me comes from the way the platform has created & shaped itself.

Furthermore, Helpers Near Me works with the government.

Helpers Near Me has created this platform for both the Workers and Employers could solve each other’s problem in a fair & clean way.

Directly, you can get in touch with the Worker around you, who is in need of a job of a Maid, Cook, Babysitter, Driver or others.

So, why have a Maid Service Agency or an Agent in between?

And why pay the Agents an extra amount of money & commissions every month?

Furthermore, every Maid & the Worker is professionally verified at Helpers Near Me before they become a part of the platform.

Helpers Near Me follows a professional 2/3 Step Verification process before connecting any Helper with its system.

You get to see the profile of Maids & Workers before you pay the nominal fee – starting at Rs.99/- only.

Within this nominal price, you get to connect with multiple Maids.

Once connected, there’s direct communication that you have with the Maids or other workers.

There’s no further interference from Helpers Near Me.

3) Give the Maids & Workers their due respect:

Every Worker connected with Helpers Near Me carries their self-respect.

Every Worker is given every right, like other professionals, to look for the kind of work they want to do.

They also have a choice to remain ‘inactive’ on the platform, if they want. Or be in an ‘active’ mode when seeking nearby work.

They are treated as working professionals on this platform.

For every Worker, being a part of Helpers Near Me is free of cost.

There’s no intervention from the side of Helpers Near Me after the platform has connected you with the Helper.

However, if you face any problem, the Customer Care team at Helpers Near Me is always there to resolve the concerns, most of them usually within 24 hrs.

5) You get to find reliable Maids & Workers:

As detailed earlier, every Maid & Worker is professionally verified at Helpers Near Me before they become a part of it.

Helpers Near Me follows a professional 2/3 Step Verification process before connecting any Helper with its system.

To summarize, Helpers Near Me helps you solve the problem of finding a Maid, that too in the most earnest way possible.

As far as Maid Service Agencies are concerned, dealing with many still comes with a pinch of salt and your share of risk.