Home » How to find a Cook in Delhi? One that’s perfect. 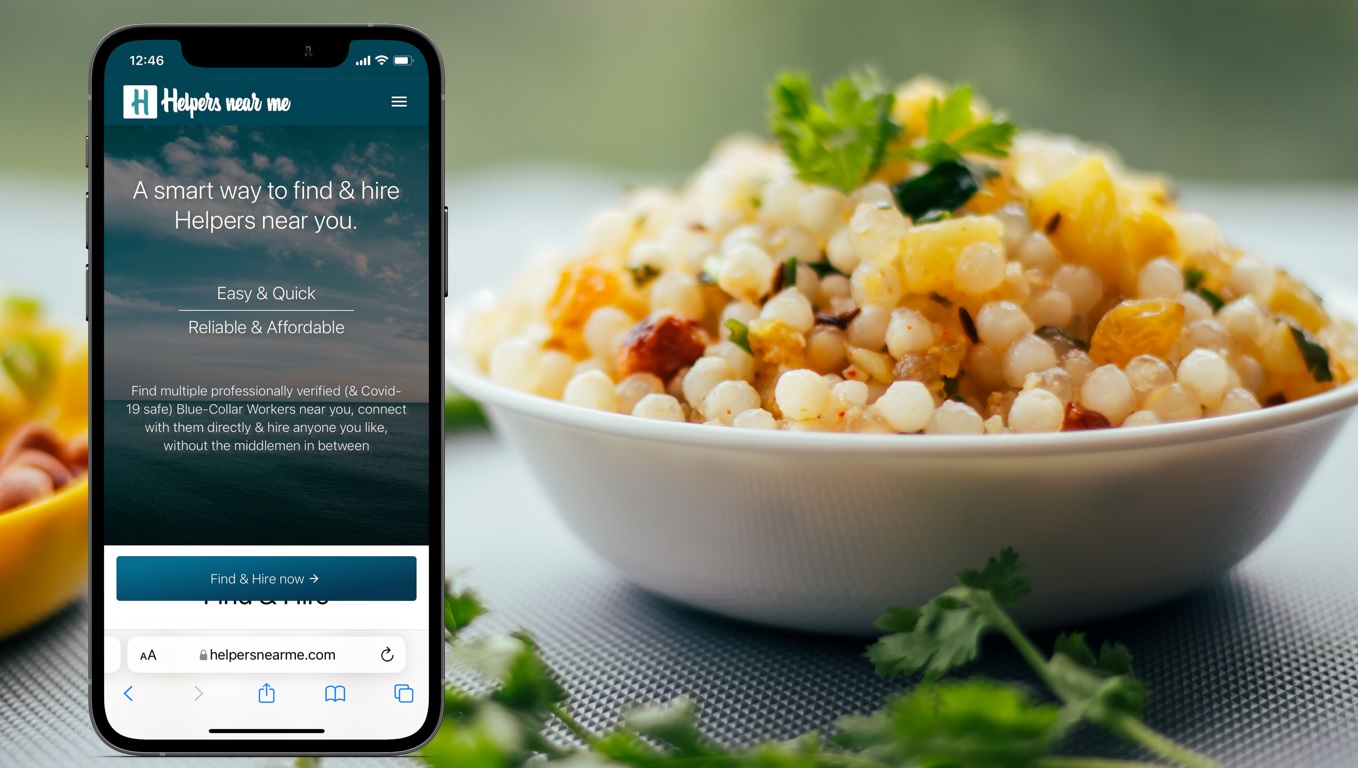 Cook in Delhi NCR – To find one is a big challenge.

And finding one who’s a perfect cook is a task at an entirely different level.

With Helpers Near Me, now you can connect with several Cooks near you, and find the one that understands your family’s need perfectly.

Today, a Cook has become an integral part of the lives of working mothers or nuclear families.

Even for students, bachelor or a joint family, a Cook can become a significant lifesaver.

In India, since times immemorial, we have had a tradition where every family had a Maharaj who helped the mothers and women in cooking.

They used to do many other cooking tasks, like cutting, chopping, slicing, peeling, etc.

All of these, otherwise, are quite a lot of work for the woman of the house.

But the situation has changed entirely since those days.

Chances of finding a cook are further bleak if you have recently shifted to a new locality where the residential societies and apartments are newly built.

And in fact, there are a lot of good Cooks available out there, but there are limited resources to find them.

Usually, the process of Cook hunting starts from the neighbouring Aunty and ends at Mummy’s, Friend’s, Door ki Sister’s Bahu.

Thankfully, for the Delhi NCR residents, this problem of finding a Cook in Delhi NCR can now be solved with Helpers Near Me at a click of a button.

Helpers Near Me is a social startup working towards making it easier for you and the cooks to find each other directly.

There are around 100+ unique profiles of blue-collar workers that you can find on Helpers Near Me.

Cook is one of the much sought-after profiles of workers, along with Maids, Babysitters/Nannies, Drivers, Helpers for Elders, etc.

Thousands of Workers have registered themselves at Helpers Near Me.

So, when you try finding a Cook in Delhi on the platform, it automatically connects you with multiple Cooks from nearby localities.

With a vision to end poverty, forced labour, worker exploitation, and human trafficking, Helpers Near Me is working towards creating an ecosystem of inclusive economic growth for unorganised workers.

Helpers Near Me uses complex algorithms via its different digital platforms as a medium to enable the less educated, uneducated, unskilled, partly skilled or skilled unorganised workers to find nearby Work Opportunities.

In turn, the platform helps Employers/Customers find and hire nearby Blue-collar workers without the middlemen in between.

Check some of the Customer Reviews as well.

Furthermore, here are 11 compelling reasons why you should try Helpers Near Me when you need to find a Cook in Delhi:

Helpers Near Me is an Easier, Simpler & Better way of finding a cook in Delhi.

5 minutes and just a click of a few buttons that’s all it takes to find a cook at Helpers Near Me.

Until now, finding Cooks was always a difficult task.

Helpers Near Me follows a 2/3 Step Verification Process for every Cook who joins the platform.

Furthermore, you can also get your current Maid or Driver verified by this process.

It does not matter if the person was hired from Helpers Near Me or elsewhere.

The primary objective is to help you get proper due diligence done for your Maid/Driver before hiring or soon after you’ve hired the person.

3) Connect with Cooks from nearby

Helpers Near Me connects you with Cooks from nearby, preferably within 1-2 km of your search location.

If a cook has to work at your place once or twice, proximity is essential – a reason why Helpers Near Me connects you with the nearest cooks

4) Speak to multiple Cooks at a time

If available, Helpers Near Me connects you with multiple Cooks nearby, not just one or two.

Moreover, when you want to hire a Cook permanently, you always want to meet with a few and take trials before deciding who to hire.

To give you enough choice, Helpers Near Me tries to connect you with as many options as possible from around your search location.

At Helpers Near Me, you connect with multiple Cooks in Delhi NCR at a starting fee of ₹99 only.

Only except when you want access to the Cook’s background verification report.

But the report is also available to you at a nominal fee of just Rs.199/-

A unique rating system allows Helpers Near Me to connect you with the best Cooks from around your search location.

7) Empowers the Cooks to connect with you directly

Helpers Near Me supports the Cooks, Maids, and many other workers, in finding nearby work opportunities.

The platform does so by connecting the Cooks directly with you.

By connecting directly with you, she can decide and opt for the work out of her own will.

At Helpers Near Me, since you connect with the Cooks directly, there are no middlemen & commissions in between.

Traditionally, maid service agencies have always made their commissions in between. In most cases, they charge commissions from you and the Cooks.

9) The Cook gets to earn her full salary

Every Cook or the Worker hired through Helpers Near Me gets an opportunity in life to earn a full salary.

Every transaction processed at Helpers Near Me goes through recognised payment gateways like Paytm, PayU & others.

Helpers Near Me follows an excellent customer-friendly 100% Refund Policy.

Every transaction you go through here is assured of helping you find a cook online or any other workers you might want to search on the platform.

Learn more about the Customer-friendly 100% Refund Policy at Helpers Near Me.

Imagine this kind of convenience when you need to find & hire a cook in Delhi NCR. This just solves everything.

So, next time you need to find a Cook in Delhi, try Helpers Near Me.

And with multiple Cooks options, you get an opportunity to find the one that’s perfect for your requirement.

It cannot be any simpler than this!