Home » How to find a Cook in Gurugram? One that’s perfect. 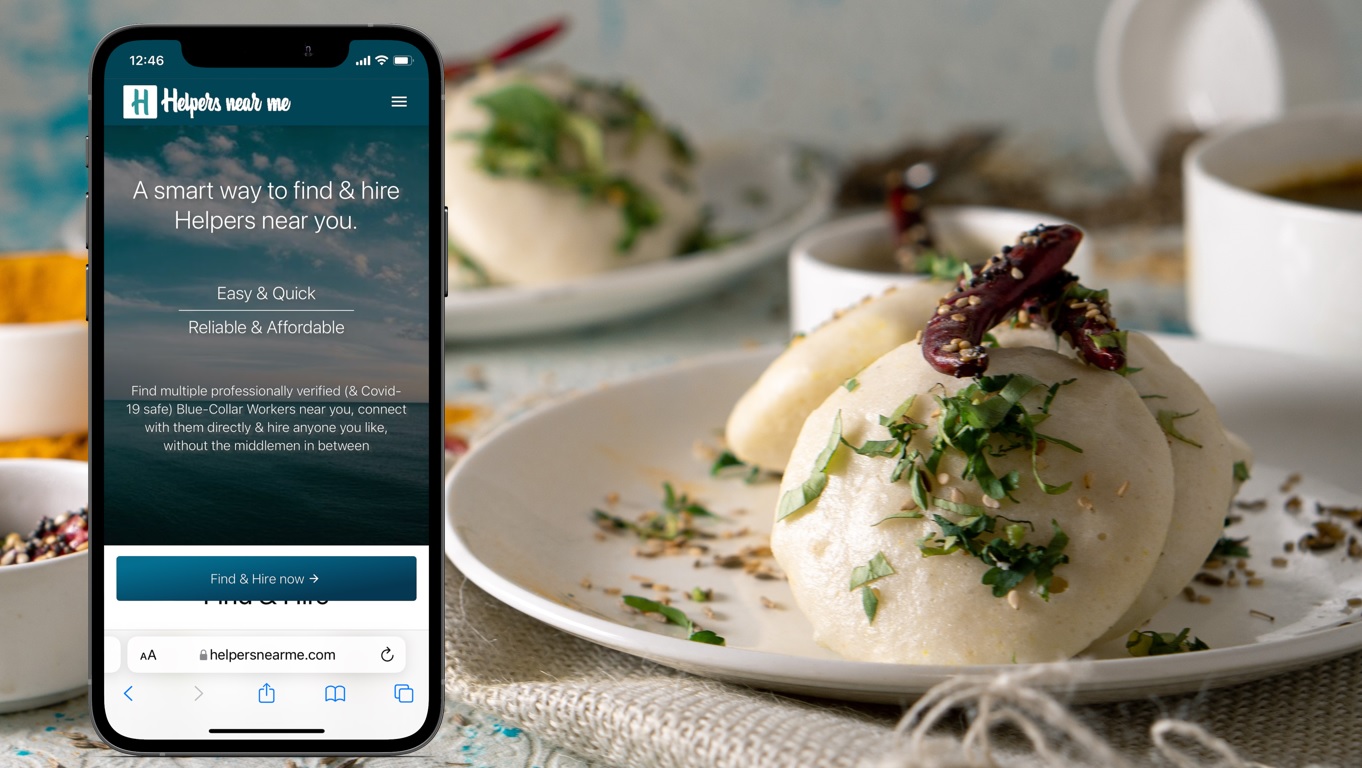 Cook in Gurugram – To find one is quite a challenge.

And finding one who’s a perfect cook is a challenge at an entirely different level.

Try Helpers Near Me today, and connect with many Cooks around your location.

Today, a Cook has become an integral part of the lives of a working mother or a nuclear family.

Even for students, bachelor or a joint family, a Cook can become a significant lifesaver.

In India, since times immemorial, we have had a tradition where almost every family had a Maharaj (either permanent or occasional) who helped the mothers and women in cooking.

They used to do many cooking tasks like cutting, chopping, slicing, peeling, etc.

And in some cases, they used to be like the Man-Friday of the house.

All of these, otherwise, is a lot of task for the ladies of the house.

But the situation has changed way too much since those days.

Today, it is a challenge to find a good Cook who will understand the taste and nutrition needs of the family members.

And in fact, there are a lot of good Cooks available out there, but there are limited resources to find them.

Because usually, the process of cook hunting starts from the neighbouring Aunty and ends at Mummy’s, Friend’s, Door ki Sister’s Bahu.

And sadly, there is a fat chance that one gets a good and reliable Cook based on the limited contacts and network one can summon.

Thankfully, for the Gurugram residents (& for the ones in Delhi as well), this problem of finding a Cook in Gurugram can now be solved with Helpers Near Me.

Helpers Near Me is an initiative to make it easier for You and the Cook to find each other directly.

There are around 100+ different profiles of blue-collar workers that you can find on the platform.

Cook is one of the much sought-after profiles of workers, along with Maids, Babysitters/Nannies, Drivers, Helpers for Elders, etc.

Thousands of workers have joined Helpers Near Me just to connect with nearby employers like yourself.

So, when you try finding a Cook in Gurugram on the platform, it automatically connects you with multiple Cooks from around your search location.

With a vision to end poverty, forced labour, worker exploitation, and human trafficking, Helpers Near Me is working towards creating an ecosystem of inclusive economic growth for unorganised workers.

Helpers Near Me uses complex algorithms via its different digital platforms as a medium to enable the less educated, uneducated, unskilled, partly skilled or skilled unorganised workers to find nearby Work Opportunities.

In turn, the platform helps Employers/Customers find and hire nearby Blue-collar workers without the middlemen in between.

Here are 11 benefits of trying Helpers Near Me when you need to find a Cook in Gurugram:

It is an Easier, Simpler & Better way of finding Cooks. 5 minutes and just a click of a few buttons, that’s all it takes to find Cooks at Helpers Near Me.

2) Connect with the nearest Cook in Gurugram

Helpers Near Me connects you with Cooks available in your vicinity, preferably within 1-2 km of your search location.

By far, this Helpers Near Me is the most convenient way one can find a Cook nearby.

It should not cost you as much when you are obliging someone by giving the person a means to live a better life.

At Helpers Near Me, you can connect with multiple Cooks and other workers at a starting fee of ₹99 only.

Once connected, you are free to hire whoever you like. You can hire just one or even a few of them if you have a party or gathering at your place.

4) Get the best shortlisted Cook from a vast pool

Helpers Near Me has thousands of Cooks, Maids, Babysitters & other blue-collar workers on its platform.

They’ve all joined Helpers Near Me so they could get in touch with nearby Employers like yourself, that too directly, without any middlemen in between.

So, when you look for Cook in Gurugram at Helpers Near Me, you connect with the best and the nearest ones to you.

Furthermore, a unique rating system allows Helpers Near Me to connect you with the best Cooks from around, one who would suit your requirement in all possibilities.

Helpers Near Me follows a 2/3 Step Verification Process for every Cook, Maid, Driver & other worker registered on its platform.

The system checks the validity of IDs & their Criminal/Court Records for every Cook and other workers who become a part of Helpers Near Me.

This kind of professional check ensures faith for the Cook and provides the necessary security to you as a Customer.

With every search, Helpers Near Me connects you with multiple Cooks around your search location.

And since your requirements from your Cook are very personal to you, the platform lets you call & connect with all the Cooks.

Connecting with them directly makes it easier for you to discuss your specific requirements with all of them.

Even the salary part is left in between you & the cook. You get to get to find one who fits your budget.

Helpers Near Me supports the Workers in finding nearby work opportunities directly with you as the employer.

Workers join Helpers Near Me willingly, and free of cost.

Every Cook, Maid & other blue-collar worker registered at Helpers Near Me come on board without paying any money to anyone in between.

There are no middlemen, agents or contractors involved in the entire process.

Helpers Near me helps you establish a direct connection with the Cooks, Maids & other workers near you.

Helpers Near Me never works with or as an Agent or a Contractor. It is a free platform for unorganized blue-collar workers (Cooks, in this case).

Workers can become a part of the system and connect directly with nearby employers like yourself.

Every worker hired through Helpers Near Me gets an opportunity to earn a full salary.

And all this without having to pay anyone else any money.

In many cities, workers pay a hefty commission to agents & contractors just to get some work.

At Helpers Near Me, there’s always an assurance of a happy experience. For every genuine reason, the refunds are processed without any questions asked. So, you either get to find a worker through the platform, or we make a 100% refund for you.

Every transaction processed at Helpers Near Me goes through recognised payment gateways like Paytm, PayU & others. Your details are entirely secured & protected against any unauthorised transactions.

So, next time you need to find a Cook in Gurugram, try Helpers Near Me.

With multiple Cooks options, you get an opportunity to find the one that’s perfect for your requirement.